Rape Culture and Victim blaming. Why?

(Trigger warning: Article may contain explicit or graphic content and may trigger the reader.) 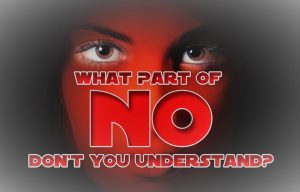 It’s only few days of 2021 but the news about abuse is already everywhere. A guy nabbed for raping a girl with mental illness, a stepdad raped a stepdaughter, a young female found dead and is said to be abused by her group of friends. And this kind of articles has almost became a part of daily news. It is saddening and infuriating at the same time.

Rape is the most senseless crime. It is done due to worldly pleasures. It is so evil that the victims will forever be scarred.

Why do we have to live in fear and always look over our shoulders on the streets? Are we doing our best in protecting everyone’s safety? Is it the system? Do stricter penalties deter this crime? What do perpetrators deserve?

Why do we have to tell our daughters, sisters and female relatives to be careful and not to go home late at night if we can simply tell our sons and brothers and male acquaintances not to catcall women on the streets?

Why do we have to impose strict standards on clothes as if revealing outfits are invitations for sexual assaults when we can just teach not to harass anyone no matter the clothes they wear?

Why do we have to refrain our girls from drinking or hanging out with their male friends when we can just educate our boys not to take advantage regardless of the situation?

Why do we have to warn our girls about choosing the bad guys when we can just inculcate that No is a No and forcing yourself to anyone is never okay?

Rape exists because of rapists. Sexy shorts, plunging necklines nor skimpy bikinis are not invitations for flirtations nor harassment. Rapists exist not because they are inebriated not intoxicated. It’s not the alcohol that wills them to force themselves to someone and abuse them. They rape because they choose to do so.

Rape doesn’t only happen on women but we live in the world where women are constantly objectified. The simple conversations in private chatrooms on how nice a girl’s body is already a start of objectifying her. Sharing photos and racy comments is another. Should you have sons in the future, please do teach them that women’s, rather, bodies aren’t a spectacle regardless on how much they flaunt it.

Respecting anyone, anywhere is a basic human decency. Why is it too hard to do anymore? We praise men who seem to give the bare minimum and glorify those who do what is expected of them. Why do we have to live in this kind of world?

Abuse comes from anyone, at times, even from our most trusted ones. Nobody’s safe anymore. The demons may just be lurking inside your house, in your backyard or in your neighborhood.

If there are ten people in the room and one is a rapist but the nine didn’t do anything, you have ten rapists in the room. Turning a blind eye on abuse makes you worse than the abuser. But then again, sexual abuse is still a scary topic, that victims are scared to speak up for fear of being judged. Victim-blaming exists, too.

Because abuse, particularly sexual in nature, is now too common, people aren’t even aware that it’s wrong anymore. Let us normalize talking and speaking up about abuse and protecting those who have experienced such. Let us normalize educating people that NO is not a further invitation for force. NO is definitely not a subtle or disguised YES.

Let us go back to basic. Respect is basic. Teaching about it is always relevant. There is no better time to do so but all the time. Respect doesn’t qualify anyone for extra-cookies. Respect everyone, everywhere at every time.