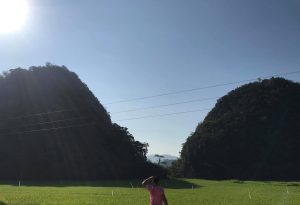 It’s been months since the Coronavirus outbreak was declared as a pandemic by the World Health Organization. The whole country was also declared to be in the State of Calamity. The Philippines has recorded over 100,000 infections surpassing China’s record of over 100,000 as of writing but, my hometown still has ZERO recorded infection. How is that possible?

My hometown, a small, independent province in Region II situated in the Northern Philippines, a valley surrounded by the Sierra Madre Mountain range, the longest mountain range in the country. Total land area is 2,323.47 Sq.km and a population of around 190,000. Temperature and weather is that of a typical tropical weather; extremely hot but dry in summer and cool in rainy season. Average temperature ranges from 20 to 35 degrees Celsius. The majority of the residents are Ilocanos, one of the seven major groups in the country. Language spoken are mostly Tagalog, Ilocano and English although there are some other minor ethnic groups and dialects. It is good 8 hours from Metro Manila by land, bus for commuters,  and around 3 hours by air. It is only 333km away but due to the mountainous topography, travel is quite slow and difficult. It is also landlocked.

So what’s the secret of keeping the locality free from the infections?

The only downside of this is that, personally, I have no idea when to go back and visit my children who are staying 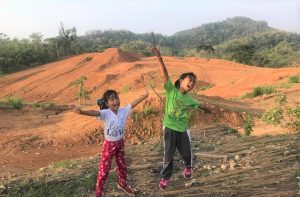 with my parents. It’s been almost 5 months but hoping to hug my kids on my birthday may even be too much to ask. But despite all of this, my heart is still filled with gratitude that no one in my circle, especially my family, aren’t affected by this dreadful disease. Let us hang in there and hope that vaccines and medicines will be made available soon so we can go back and breathe in the fresh air in the company of our family and friends once again.