Traditional Wedding in the Philippines part 1 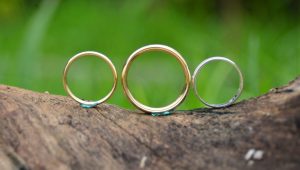 I do. Two words that can change life forever. But what transpires before a couple can finally utter these words? Let me give you a tour on how it`s  done in the Philippines. However, I will be talking about the old-age tradition. Couples recently may or may not do the same things any longer. Also, this tradition was or is done by the majority but variations exist depending on religion and ethnic group.This tradition was widely practiced by the Christian/Catholic community and heavily influenced by the Spanish traditions.

So here we go!. Everything starts with a proposal of course. From simple to grand gesture, it is guaranteed to make a girl cry due to overwhelming emotions just the same. (How about you? How was your proposal or how would you like it to be?)

Here`s where the families of both parties involvement begins. Upon reaching an agreement between the couples, the guy usually informs his family. They then go for the Pamamanhikan, which is to meet the girls family and formally ask permission for the couples to wed. In Filipino, we say asking for the girls hand for marriage. If there are no oppositions, they decide for the details. In really old times, the girls family can make demands and let the guy`s family provide for everything for the bride. From head to toe it is. Sometimes, a dowry is also given to the bride either by her own parents or the future-in-laws to have something to start with. Basically, the guys family has to shoulder most or all of the expenses. But in recent years,the girls family can offer to share or the couple prepare everything by themselves.

The couples then decide for their entourage. They have to choose their sponsors or godparents; they are usually the elder relatives or close friends and they will serve as the couple`s guides in their marriage. In the modern times, the entourage includes; 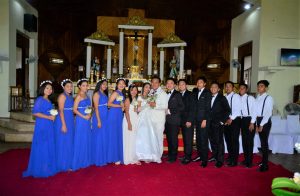 Once everything is decided, the couples then visit their relatives to inform them about the upcoming ceremony. It is called Pa-alam. The couples personally go and it automatically serves as an invitation. Now, couples hand out their actual wedding invitations during this process.

This is a Spanish term which literally means Farewell to Singlehood. Female close friends or relatives usually throw a surprise party for the bride. They party nonstop to celebrate the bride`s singlehood for the last time. They may also give gifts,usually intimate, related to the wedding night. It is now known as the Bridal Shower.

The male counterpart became popular where the upcoming groom and his male only friends also party. It is called a Stag party. It can be a really wild night and surprises but, what you see and what you hear shall remain there.

The bride usually wears a pure white gown as a symbol of purity. Before, the bride used to wear the Baro`t Saya or Philippine traditional gown. The guy wears a traditional Barong Tagalog. Now, they wear suits or tuxedoes,whichever they prefer.

The procession starts with the groom entering the church,the best man with him,  followed by the entourage of bridesmaids and groomsmen, the flower girls, the bible/candle/ring bearers, the sponsors, then finally, the bride. The parents accompany the bride but as of late, the bride`s entrance is more dramatic where the bride sometimes go down the aisle by herself. The groom then receive the bride’s hand from his soon-to-be father-in-law.

The whole ceremony is usually composed of a long mass followed by the rituals such as offering the arrhae, lighting the candles, pinning the veil then the cord, and finally, exchanging of vows and rings. The couple then have their first kiss.  As a fun custom, they race outside the church to see who`s going to dominate the marriage.The guests shower them with rice for prosperity. The couples then release a pair of doves as a symbol of harmony and peace in the marriage. Here are what the items symbolize: 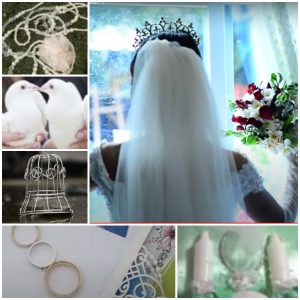 Then here comes the wedding party. See you on part 2!