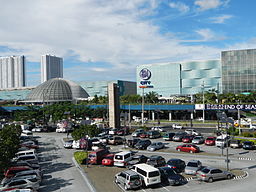 Henry Sy,  a Chinese-Filipino business magnate and chairman of one of the largest conglomerates, SM Investments Corporation. died peacefully in his sleep in the morning of January 19,2019 at the age of 94.  Sy is the founder of SM Holdings, the parent company of the largest shopping mall and retail operator in the Philippines. He is considered one of the ‘pillars of the Philippine economy”.

Henry Sy had a humble beginning but was able to build an empire through hard work. He was born to a poor family in Ankhue Village, Jinjiang City Fujian, Province of China on October 25, 1924.

In addition to retail, Henry Sy’s empire also includes real estate (SM Development Corporation), banking (Banco de Oro,Chinabank and Equitable PCI Bank), mining, hospitality, education, and health care. He also had stake of about 11% with the Southeast Asia’s largest food and beverage conglomerate, San Miguel Corporation, but sold it in October 2007 for $680m. He stepped down as chairman of SM Investments Corporation in 2017. His total net worth was $19B as of 2018.

One of the most memorable lines the business tycoon said was:

“There is no such thing as overnight success or easy money. If you fail, do not be discouraged; try again. When you do well, do not change your ways. Success is not just good luck: it is a combination of hard work, good credit standing, opportunity, readiness, and timing. Success will not last if you do not take care of it.” Henry Sy

magnate: a rich and powerful person in industry or business.  syn: tycoon

conglomerate: a large business organization consisting of several different companies that have joined together

empire: a group of organizations controlled by one person

step down: leave the job or official position