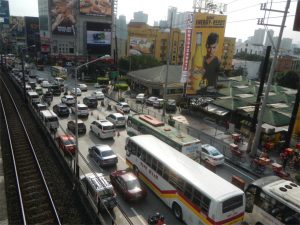 As the holiday season approaches, commuters are becoming more used to the ‘new normal’ in Metro Manila traffic situation. People just sigh in quiet frustration and despair as roads seem to turn into huge parking lots.

Recently ranked third in the Southeast Asian region, surpassed only by Bangkok,Thailand and Jakarta, Indonesia, Metro Manila traffic has been a headache to commuters and motorists alike.

According to the survey conducted by Boston Consulting Group, commuters are stuck in traffic an average of 66 minutes daily. So if you were to start working at 8am, you’d better leave earlier than 7 o’clock. And that doesn’t include queuing at counters buying tickets or waiting for trains or buses.

So what causes the heavy traffic?

What do commuters do to ease the struggle?

What has the government done to alleviate the problem?

Construction of new roads isn’t a guarantee to ‘decongestion’, instead, it may just aggravate the problem. As said, it’s just like buying a bigger pair of pants to address obesity. A clear and painless solution isn’t possible at this rate. No city has solved the heavy traffic by relying on private cars.

Maybe the most viable solution is to re-invent the public transport. With efficient and effective system that the people can rely on, commuters just may be eased from the grievances. The neighboring countries such as Japan are in full support to projects such as building the first subway system in the country.

Also, the traffic and road management system should be improved. The road assets should be utilized to its full potential. The implementation of traffic laws and network management such as proper signaling and patterns should be enabled.

The government has probably exhausted the less painful solutions as well as the less difficult ones. At this time, what the country needs is the full cooperation of agencies and individuals alike.There is a Filipino saying, ” Habang maikli ang kumot, matutong mamaluktot” which loosely translates to “If the blanket is short, learn to curl”. It means that we all have to adjust and endure until the situation becomes better. Whining and complaining won’t contribute anything. Furthermore, a huge number of cars aren’t a sign of modernization. An efficient and reliable public transport system is.

perennial(adj): continuing or existing for a long time

cripple(v): damage something badly so that it is no longer effective

alleviate(v): make something less difficult to deal with

ordinance(n): a law, usually of a city or town, that forbids or restricts an activity 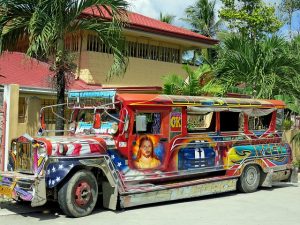 grievance(n): an unfair situation that affects you.

implementation(n): taking action that you have officially decided should happen

whine(v):complain in a sad annoying voice about something.